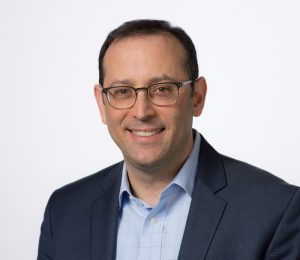 Tenley’s founding principal, Michael Leifman, has over twenty-five years of experience, spanning everything from a small NGO in the South Bronx to one of the world’s largest multinational corporations, and everything in-between.

Before founding Tenley, Michael was the Senior Strategist for GE’s Business Innovations group, where he focused on the power business, artificial intelligence, startup businesses within GE, and the economies of China and India. He was previously the Principal Strategist for GE Power, where he was responsible for injecting strategic thinking across the business, raising new ideas, opportunities and risks to senior leadership, and forcing attention on the non-obvious. In both strategy roles, Michael was an innovative communicator, podcasting and blogging across multiple (internal) channels. Michael joined GE in 2008, and for many years was the Director of Forecasting & Analytics for GE Power & Water, as well as the Director of the Modeling Center of Excellence for GE Energy. In this role, Michael developed a reputation not just for analytical rigor but also consensus building. Prior to GE, Michael worked for the US federal government, as the lead analyst in US DOE’s Office of Energy Efficiency and Renewable Energy, and as a climate policy and economics analyst at US EPA. Michael also worked for an environmental policy consulting firm, analyzing a diverse set of issues, from chicken waste to the Kyoto Protocol. He holds master’s degrees from Johns Hopkins and Carnegie Mellon, and a bachelor’s degree from The University of Chicago. Originally a New York City kid, Michael now happily lives in Washington, DC with his wife and two sons.

People ask: “Why the name ‘Tenley?'”  Tenleytown is the Washington, DC neighborhood I’ve called home for over 15 years. Tenley contains much of what I value: it’s part of major city without feeling crowded and noisy; it has easy access to public transportation as well as major city roadways; walkable retail; bike lanes; great public schools and a public library; home to a world class university (American U);  access to natural beauty (Rock Creek Park); views – we’re home to the highest natural point in Washington, DC; and history – Fort Reno was a Civil War site.